I just finished this (ink and watercolor) before hitting the road to grandmother's house today.
(click to enlarge) 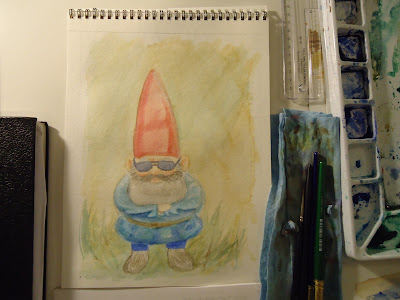 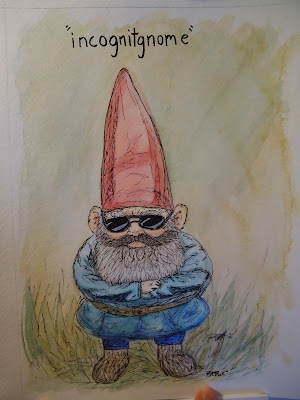 Have a good Thanksgiving everyone! God bless!
Posted by Philip A. Buck at 4:05:00 PM 2 comments:

Last week over on NEEDS MORE BLUE was Sarah's choice. She chose 'Disney Princesses' and I got carried away. (drawing, coloring, adding with photos!!) Below, I have posted some of the process.  You can see the "final" image here. 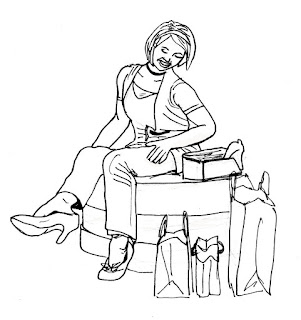 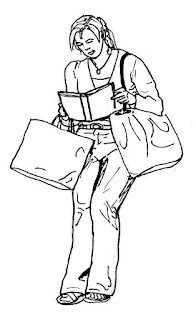 Thanks for lookin'! God bless!

Hi again! I guess it was last week sometime, that I challenged myself to do a redesign of the Birds of Prey characters. I was inspired to do this after looking at the great stuff over at Project Rooftop and their great All Ages All Stars theme or redesigns.  I thought this great crime-fighting team of Gotham would definetly need new wardrobes etc. if they were ever to be more "family friendly" (or just a little more logical)?
So, here is my go at 'em: 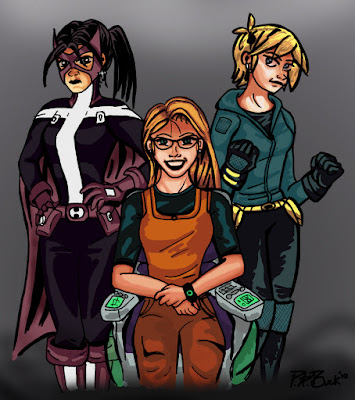 I am very excited about the upcoming (and first) issue of The Amplifier which is scheduled to come out tomorrow! Not only because it is a great publication which raises awareness about the problems of the homeless and also gives them ways to earn money; but also because I had the honor of contributing!
Here is a detail of one of the illustrations that will be in the issue: 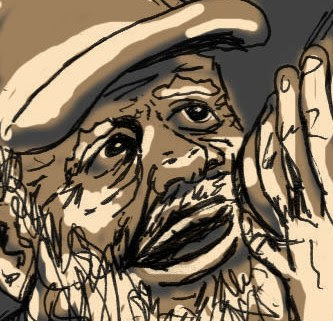 There is also a good chance one of the Space Comics from a few posts ago will make and appearance.  If you are in the Knoxville, TN area, be sure to try to pick up the first issue of The Amplifier which comes out during the Veteran's Day festivities.  If you are not in the area (neither am I,) don't worry, I'll put the images up soon!!!!
Preview: sketches for the next issue's illustration (which is already finished! : D) 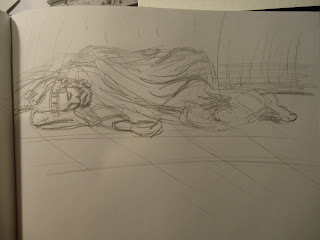 As always, thanks for swinging by and God Bless!﻿
Posted by Philip A. Buck at 8:19:00 PM No comments:

Recently, I was commisioned B.J. Ackner of the band, Perfect Angels, to come up with a logo for the band. They wanted something that ironically played with their name. First, I sketched up the following just to get basic ideas and directions we could go on paper:

Then, after B.J. let me know which route they were interested in the most, I began sketching up more possibilities, as well as some photo-manipulation routes we could go using a painting by Thayer and some different fonts we could use.

We narrowed it down to one image and two fonts. I then sent him mock-ups of the image with each font.

We settled on a "mixture" of both fonts. Then I had the final logo with the illustration, and without.  The logos went over well, and so... SUCCESS!

Working with the B.J. was a good experience and process.  If Perfect Angels is ever playing in your neck of the woods, make sure to go show them your support!