It's time, once again to continue my series of posts about the ink drawings & watercolors I did for Max! (Previous posts can be found here: 1, 2, 3, & 4) Having nailed down a more cartoony approach for the first of the two watercolors, I needed to decide on a scene/subject for the next one. I think that knowing these paintings and drawings would be hung in Max's nursery, I couldn't help but keep coming back to the idea of a young, little dinosaur having fun. Above and below, you can see my very rough thumbnail sketches wherein I try to figure out the subject and composition. 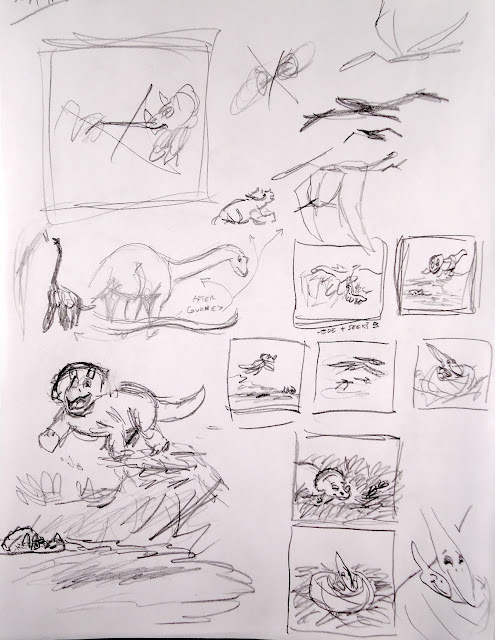 I was able to come up with a few frolicking dinosaur ideas that I liked, but the ideas featuring tender and sweet interactions between the baby and a parent dino were the ones that kept saying something to me. I knew Max's awesome parents would be rocking him and singing him to sleep as they held him tight in this room. The thought of a mommy or daddy dinosaur gently nuzzling or hugging its baby seemed perfect. But what kind of baby? Is it just hatching? Does it sleep in a nest? What's it look like? 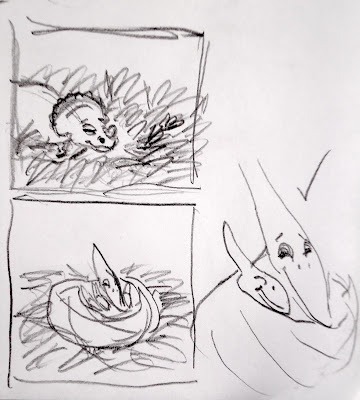 In this detail of the page above, you can see where I started to zero in on the final subjects and composition. Now, it was only a matter of figuring out how to actually draw an extinct winged animal wrapping its wings around its baby affectionately! Not the easiest thing to do, even in cartoon form. 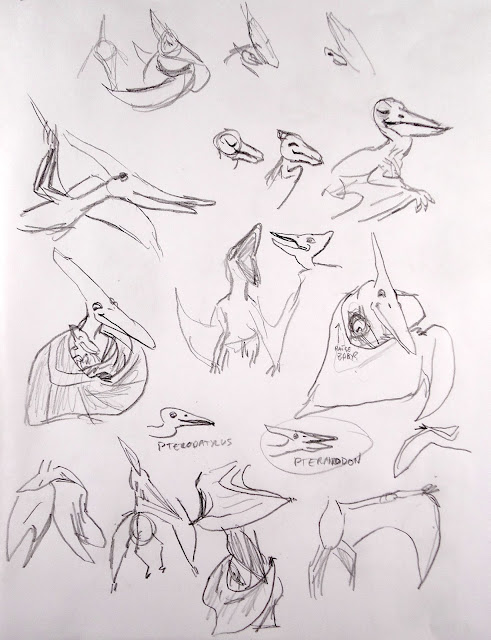 I did some research into the different types of flying dinosaurs and though, I honestly can't remember which species I chose, if my sketch pages are to be believed it was the pteranodon. I searched through everything from scientific articles to Jurassic Park III clips! 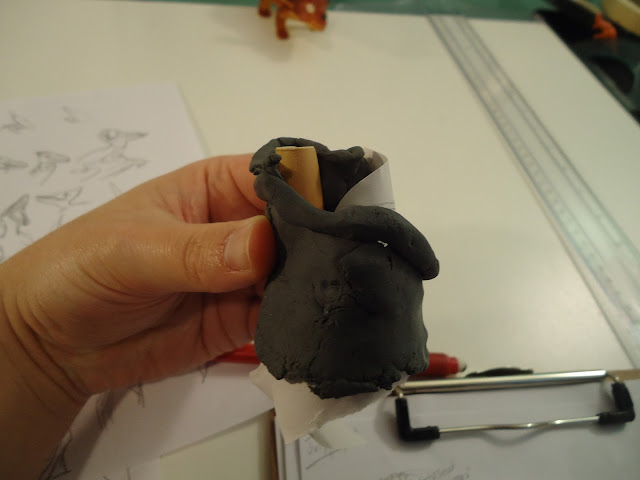 While I was still trying to decide on species, I also began working on the anatomy of the animals. I needed to figure out how their wings worked and how to show them doing and action that I quickly realized was a fairly unnatural one for the real creatures. Above, is one of the times I used some loose paper, a kneaded eraser, and a piece of wood to make a model of what the wings would actually look like when wrapping around the dinosaurs. The kneaded eraser isn't meant for this, but its moldable qualities make it often the first thing I grab when I need a "3-D" physical reference and don't want to take the time to break out the clay. I think the piece of wood is the arm of one of these guys? 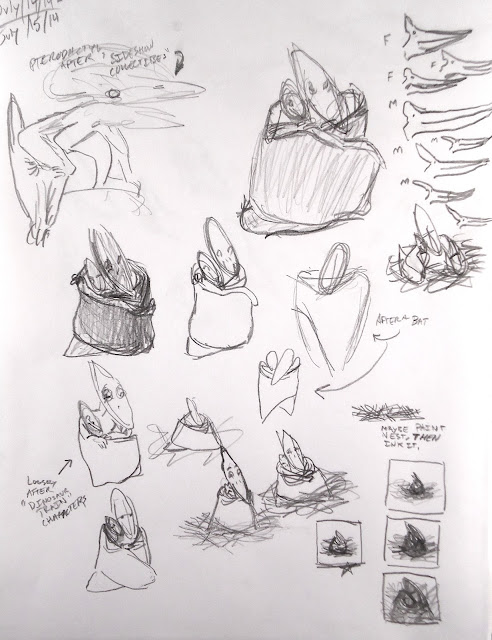 Here, you see more of my attempts to figure out the anatomy of the head and wings and what positions to put them in, as well as how much space the dinosaurs would take up. 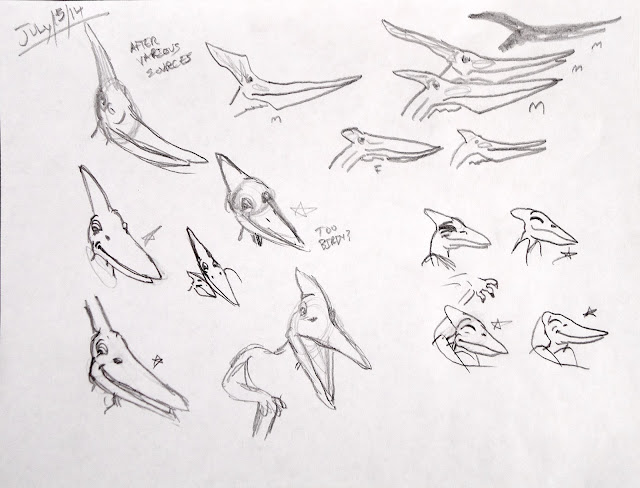 And finally I figured out which expressions and heads to use! It was lots of fun discovering their personalities. I was ready to draw the final image, ink it, and paint! But we'll get into all that next time. Until then, God bless!!!
Posted by Philip A. Buck at 4:43:00 PM