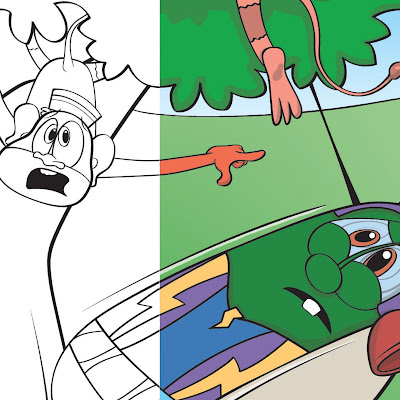 It's been a while since I've shared some of the coloring work I did on the VeggieTales comics & I realized there are still a a bunch of stories I haven't shown you! Last year, I had the great opportunity to work as a freelance Artist Assistant & Colorist for illustrator, Cory Jones as he drew & lettered the 32 page VeggieTales comic book story LarryBoy & The Quitter Critter Quad Squad for Big Idea Entertainment & B&H Kids publishing. The story was written by Mike Nappa based on the Big Idea/VeggieTales video characters & is collected in VeggieTales Super Comics: Volume 4.

Below are examples of how Cory's line art basically looked when I received it, followed by my digital color version of each page. The majority of my work was done in Photoshop with minor corrections & adjustments in Illustrator. My original color work was in CYMK mode, but for the purposes of posting online, it has been changed to RGB mode (which alters the colors slightly.) The comic's word balloons, thought bubbles, & captions have been removed. 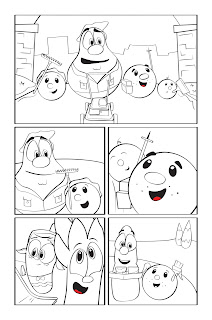 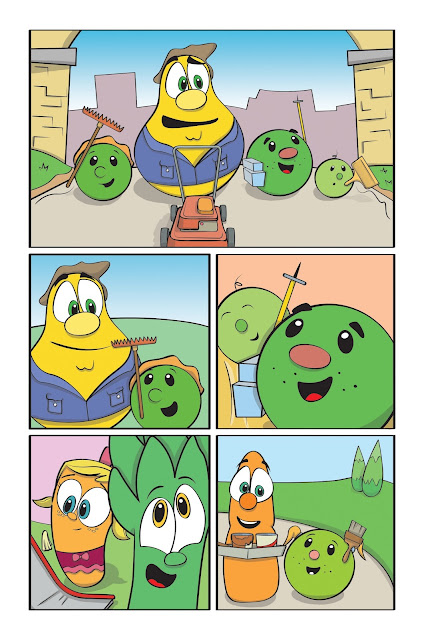 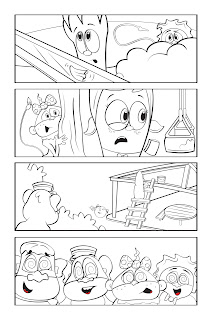 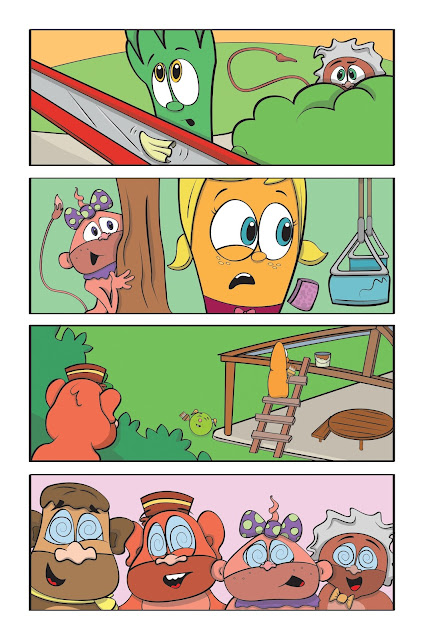 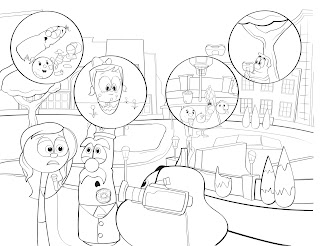 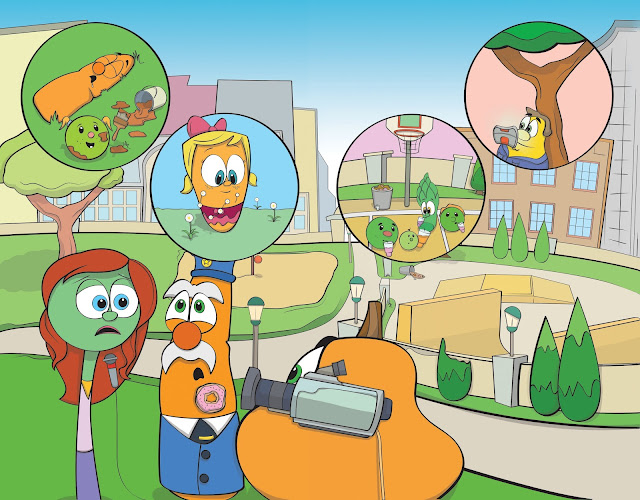 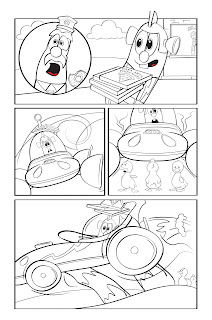 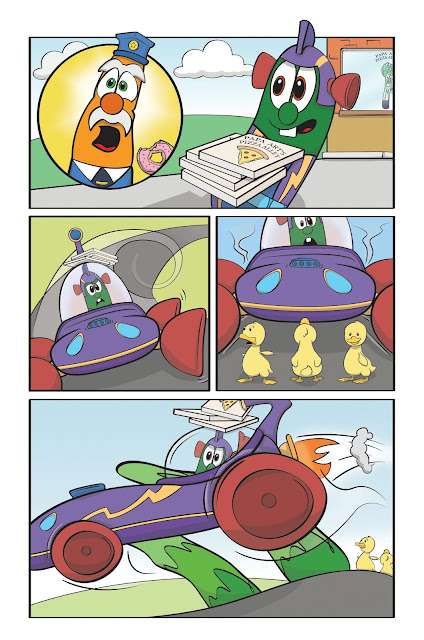 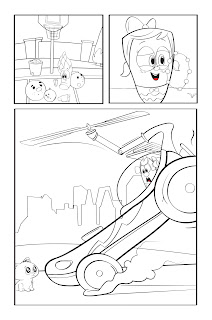 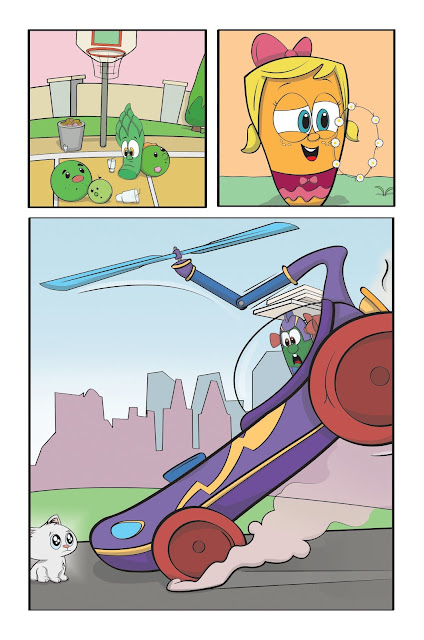 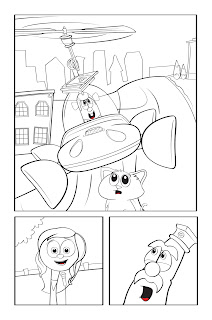 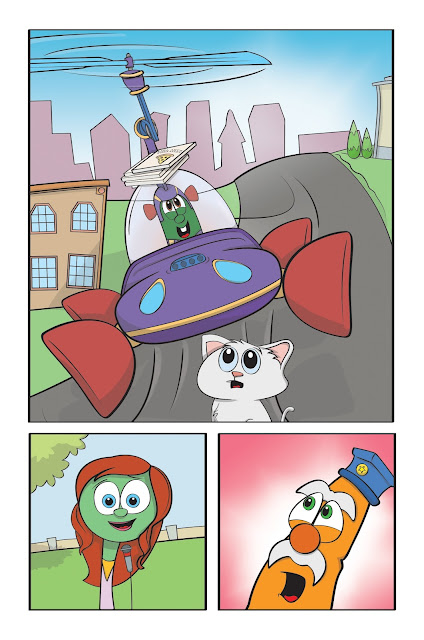 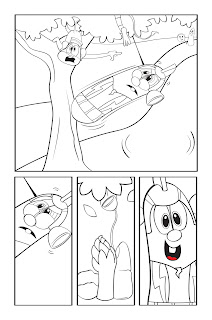 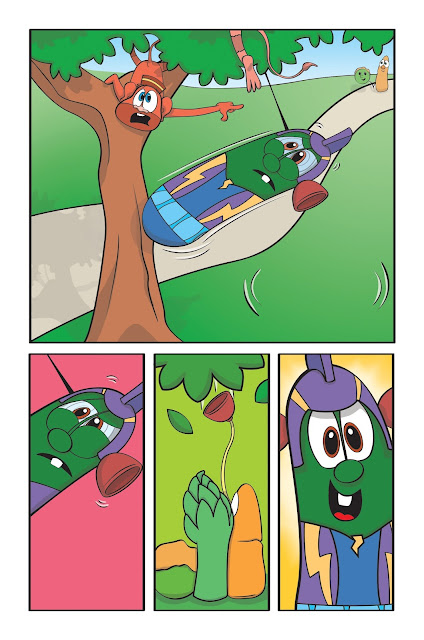 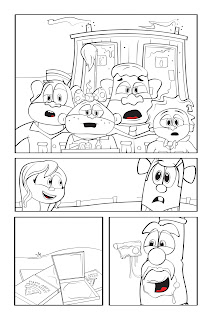 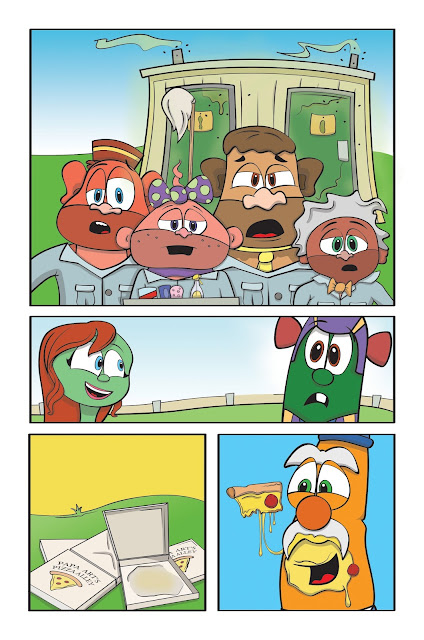 The full comic is available in VeggieTales Super Comics: Volume 4, which can be purchased in most book stores and on Amazon and should be available as a single issue comic on Comixology soon.  This story was the fifth of many VeggieTales comics I was lucky enough to work on with Cory Jones. Thanks for checking it out!
P.S. Of course, VeggieTales Supercomics & its characters belong to Big Idea Entertainment.