A while back, my love and interest for film noir was revived while watching some old detective and gangster movies. I love not only the suspenseful stories that usually come with film noir, but also the filmakers' use of light and shadows. I have also loved "noir" comics for a while and was inspired to make some mixed media pieces with graphite and watercolor. The first of these works is called Roxy: As for you sir,... and has a quote from Cyrano Debergerac in the caption box. Below are the step by step photos of my process making this work.
First, I did some test drawings just to see what approach I wanted to take to caption the "noir" feel while still using color. 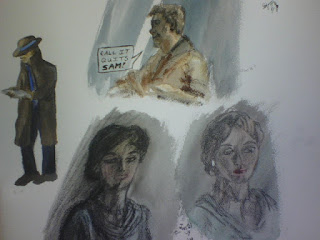 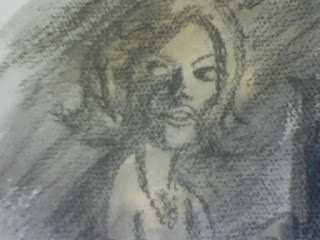 Then, with some help from the works of Steranko, Sale, and some films, I came up with the general composition I wanted. 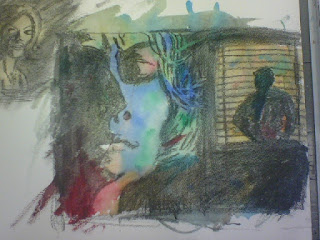 Now, to make a bigger version on stretched watercolor paper, and splash water colors all over it! I also used masking fluid to keep the caption box white until I could get the quote drawn in. 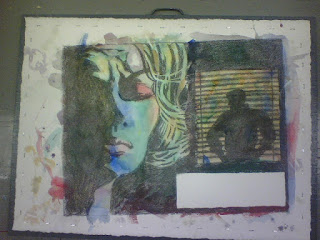 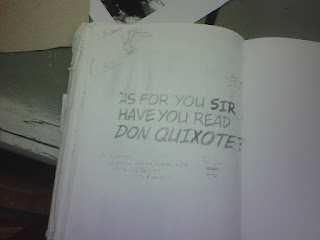 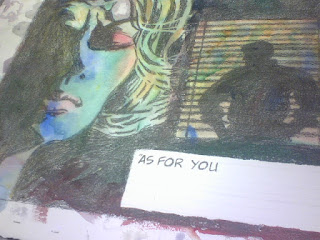 And the final piece! 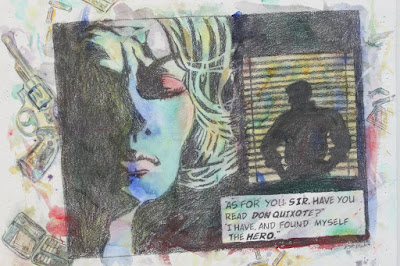 Thanks for stopping by! I will put more from this series up later on. Be sure to check out this work and many more in the new Art Gallery which is linked and the top of the page on the right. Until next time, God Bless ya and Adios!
Posted by Philip A. Buck at 12:21:00 PM