Hey pals! I've been so busy posting gnomes and T-shirts and such that I haven't been able to show you the last few illustrations I've had the pleasure of doing for The Amplifier! So here they are: 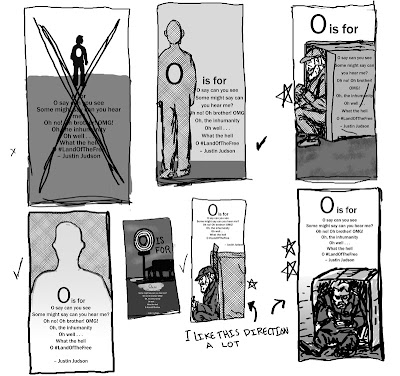 Here are some of the thumbnail sketches I did as general examples of directions we could go for the letter "O." We ended up going with the guy below for this letter, but they decided the option that I starred would be great for a later illustration.

After some notes and feedback, I made some changes and was able to jump into illustrating and refining the image. The crossed line effect in the figure was created by scanning the inside of an envelope. -A cool trick I picked up from Patrick Leger's blog. 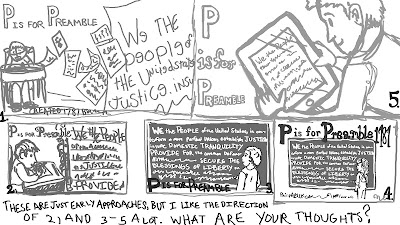 Here is where I sketched out different approaches for our ideas about the letter "P." 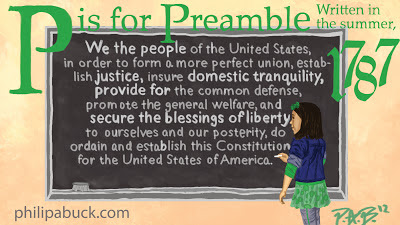 Above is an alternate version of the illustration with different colors. We wanted to have the little girl writing the Preamble, so I typed it into Photoshop and then wrote over the letters myself with a "chalk brush" so that they would have a handwritten look.  It was a lot of information to fit into one illustration, but I'm pretty happy with they way we decided to do it. 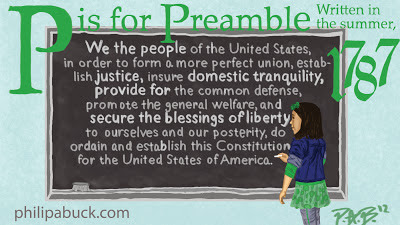 Here is the final illustration we went with for the letter "P." 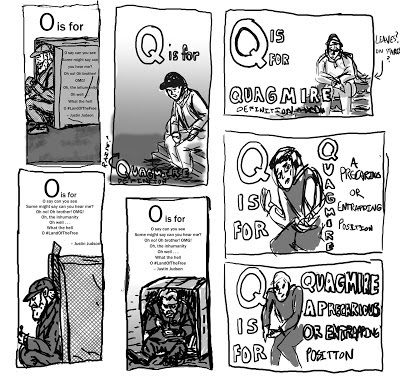 More thumbnail sketches! I straight up copy and pasted some from the sketches for "O" and drew some other approaches as well.  We ended up going with the first version with the man and the box. 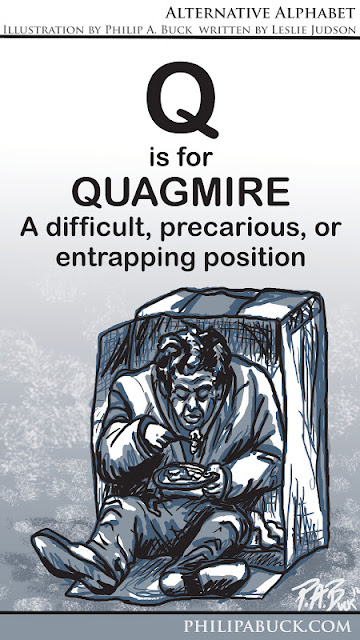 It was a pretty quick turn around for this one, but since I had completed some pretty detailed sketches the process of actually illustrating the scene didn't take me as long.

I hope you guys enjoyed seeing these three illustrations. Remember, you can pick up The Amplifier in Knoxville, TN and support the homeless.
Have a great weekend! God bless!

p.s. Don't forget that today (Friday Nov. 9th, 2012) is the last day you can tell me your choice for which Kit the Cat T-shirt design I should have made! Check out the previous post! ;)